This article contains information about the two Downloadable Content (DLC) released for Deep Rock Galactic. Currently, DLC can be only be acquired from the Deep Rock Galactic Steam Store page and has no impact on gameplay.

A bundle named the Motherlode Edition contains the original game, the Supporter Edition and the Original Soundtrack in one purchase of $43.17 USD; £37.95 (GBP); 45,87€ (EUR). 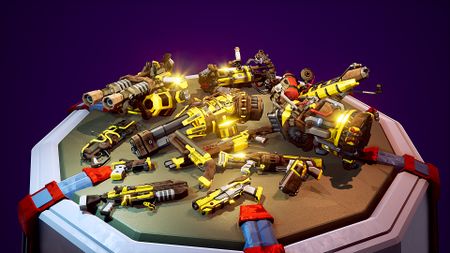 As part of our TWO YEAR CELEBRATION and to thank all our wonderful supporters, we've added a Gilded Paintjob for Bosco to this package.

ABOUT THIS CONTENT[edit | edit source]

So you like Deep Rock Galactic, but it’s just not enough? You want more? Well, then the Supporter Upgrade is for you! Help fuel further development of the game, while getting your grubby mining-gloves on this tasty bag of exclusive treats:

Important note: By buying this DLC you are first of all showing your support to the game and to us, the developers. The bling-bling in the list above is just icing on the cake!

After this DLC has been acquired, access to the Gilded paintjob for all armor and Bosco, The Supporter paintjob for all weapons, and the Glyphid Slammer gilded tankard are immediately unlocked. Additionally, all text chat from the supporter will be gold as opposed to white and a small Supporter Icon

will permanently appear next to their name in the game both in chat and on the status UI. 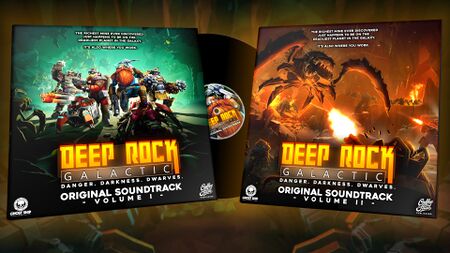 The DRG Original Soundtrack was the second DLC released alongside Deep Rock Galactic at it's Early Access Launch and may be purchased individually or as part of the Motherlode Bundle alongside the base game and supporter upgrade. It contains 22 songs from the Deep Rock Galactic original soundtrack in MP3 and FLAC file formats; further tracks will be added with the full game release.

ABOUT THIS CONTENT[edit | edit source]

All tracks written and composed by Sophus Alf Agerbæk-Larsen
All tracks mixed, arranged and mastered by Troels Jørgensen