The Heads-up display or HUD provides the player with various information of their character's status and surroundings. There's two different variants of the HUD, a minimal variant which is used in the Space Rig and the normal one used while in a mission. The HUD can be toggled by holding the H key. 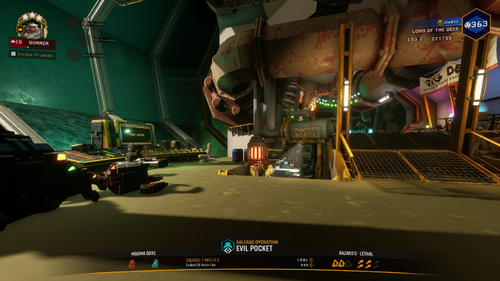 Player's HUD in the Space Rig with a Mission selected 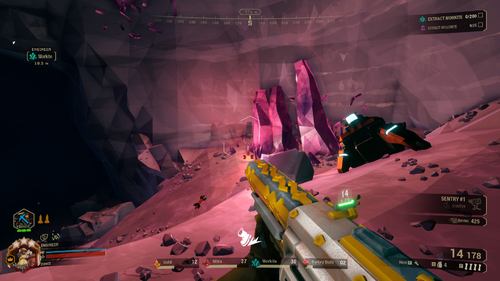 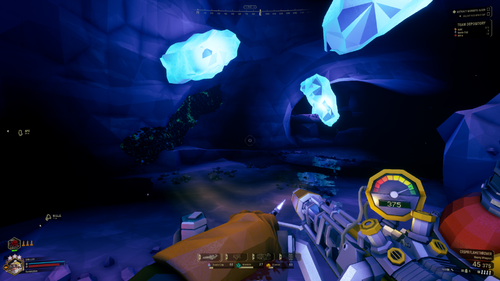 Example of decreasing the HUD scale to minimum via options

These settings allow for the player to customize their HUD.