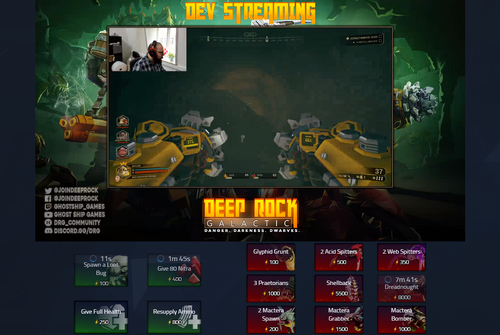 Whenever a viewer paid sparks (a free currency within the streaming platform) for an interaction, it would be announced in-game via the HUD. Any creatures spawned from this menu would appear blue and with the viewer's nickname above their spawned creature.

These are all the available viewer interactions when "Mixer Interactivity" is enabled.