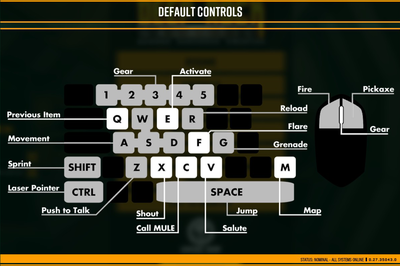 All four Dwarves bring utility equipment with them which aids them to get around the caves when running, jumping and climbing won't cut it.