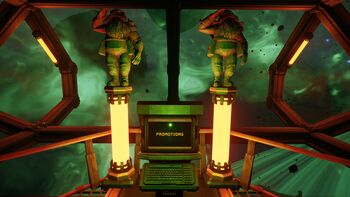 Promotion Terminal in the Memorial Hall

25 on any class and have completed all prerequisite Promotion Assignments. It acts as a prestige system for players who have hit the max level on their class and want to continue gaining XP for their class. Previously unlocked items will not reset upon promoting a class. The Promotion terminal can be find in the Memorial Hall.

After paying a fee, promoting a class will grant the following bonuses for that specific class:

The player is granted an Honor Badge upon their first promotion; it borders the character portrait with a bronze border and one white star. Every subsequent promotion will add another white star, for a maximum of three stars. After the fourth promotion, the border switches from bronze to silver, and the amount of white stars will reset back to 1. Upon reaching three more promotions, the border switches from silver to gold; then from gold to platinum; then from platinum to diamond; then finally from diamond to legendary; the highest border for the Honor Badge. Promotions after that will not change the border, however will still allow the player to continue leveling their Character Level. 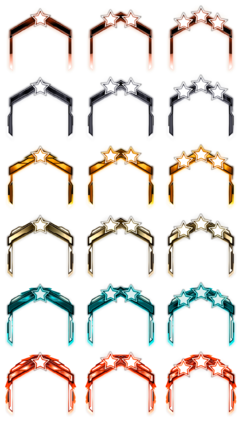 Beyond the first promotion, which unlocks an Active Perk Slot, Deep Dive and Machine Events access, there are no game-changing benefits. Honor Badges only represent time a player has put into their class. Promotions should be purchased as soon as possible, as player’s will not receive extra XP towards their Character Level at level 25. It's also help increasing the Player Rank